In the U.S., approximately 40% of all vehicular accidents are caused by drunk driving, which leads to physical injuries, damages to property, and even loss of lives. Considering the impact of this matter, police officers and the states are formulating ways to reduce this incident.

Besides the continued education among students and adults, the government also imposes guides and legal consequences for those people who are arrested with DUI and found guilty after.

Technically, each state will have its respective penalties for DUI and how many times you committed it. Basically, the inclusions for drunk driving punishments include a jail sentence, fines, suspension of driver’s license, installation of ignition interlocking device, and community service for some occasions.

Below is a brief discussion of the various components of DUI legal consequences: 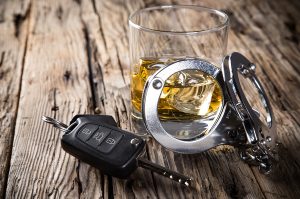 If it’s your first time committing DUI, then you’ll be charged with a misdemeanor and the jail sentence will vary depending on which state you are arrested. Typically, for a first-time offense, the minimum jail time doesn’t go beyond six months, while the shortest is 24 hours.

For instance, the minimum imprisonment in Arizona for your first DUI record is 24 hours, while in Connecticut it’ll be between 2 days to 6 months. In contrast, some states like Alabama, Hawaii, Kentucky, and New Hampshire don’t have minimum jail sentences for that.

Furthermore, some states impose longer imprisonment if you have a very high blood alcohol concentration from the time you were arrested.

Besides serving some time inside the cell, you’ll also be paying a fine that usually falls between $500 to $2,000. On the other hand, states like Massachusetts, Oregon, and Indiana have a higher maximum amount for their fines, reaching around $5,000 to $6,250 for your first DUI offense.

Moreover, your monetary penalties can skyrocket depending on the property damages or physical injuries you’ve inflicted due to alcohol-impaired driving. 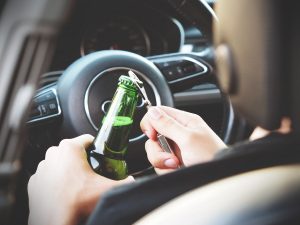 Among the 40 states, it’s only Pennsylvania that doesn’t revoke your driver’s license when you commit DUI, whereas the rest implements it. Generally, the duration of revoking your license extends to your succeeding DUI offenses.

For instance, in California, your driver’s license will be suspended for 6 months on the first offense, then one year for the second, and three years suspension on your third DUI record.

Conversely, other states who impose a shorter driver license suspension on the first offense are Oklahoma, Missouri, and Kansas where it’s just 30 days. In contrast, those states who are strict and implement a minimum of one-year suspension are Connecticut, Delaware, Georgia, Illinois, Massachusetts, Oregon, Tennessee, and Virginia.

Besides that, if you resist taking the breathalyzer test, then they have a stronger ground for revoking your driver’s license and maybe extending it.

4. Other Options for Punishment

Drunk driving is caused by several reasons like peer pressure, the kind of occasion attended, no one will be driving me home except me, and the presence of alcohol use disorder.

Aside from the punishments mentioned above, some states also offer alternative consequences to make up for your DUI, which include community service, alcohol education, and enrolling in a rehab treatment program.

Anyhow, it’s the judge who’ll decide whether you’ll take these alternative punishments instead of the jail time, fines, and driver license suspension. Nevertheless, there are also circumstances when the judge will add these other consequences if you repeatedly commit drunk driving for many years.

Besides the legal consequences, you’ll get from alcohol-impaired driving, it can drastically ruin your reputation in society. Below are some of the worst things DUI can do in your life and career. 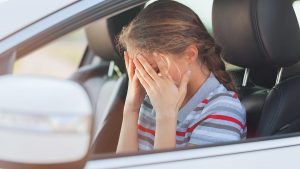 Even when you are under 21 years and caught driving under the influence of alcohol, there’ll be “zero-tolerance” for this misdemeanor. This is so because you’ll be charged with DUI when your blood alcohol concentration (BAC) is 0.08% or higher.

Likewise, states can have slight variations with their BAC limits for you to get arrested for driving under the influence. It can be 0.03%, 0.02%, or 0.01% BAC.

What are the Penalties for Underage DUI?

It will depend on the state, but in general, the penalties are classified into two: “administrative” and “criminal” penalties. The former penalties will be imposed by the Department of Motor Vehicles (DMV), while the criminal penalties by the court.

Oftentimes, if you’ve committed underage DUI, you’ll be charged with administrative penalties, unless there is solid ground for any criminal offense. 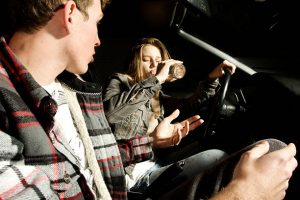 Under this legal consequence, the DMV will suspend your driver’s license within 90 days to one year. Even without a conviction from the court, but if you’ve violated the zero-tolerance law, then revoking your license takes effect.

Conversely, those states who treat underage drunk driving as a crime, impose lighter penalties than the standard DUI. Likewise, it’ll be treated less than a misdemeanor that’s committed on a first offense for standard DUI.

Overall, if you’ve committed underage DUI, your legal consequences will be lighter for both fines and jail sentence.

Having A Difficult Time Controlling Your Drinks?

Talk To An Addiction Specialist Today

Drunk driving is one of the major reasons for the fatal vehicular accidents you see on the road. For you to avoid that, you need to watch your alcohol consumption. However, if you’re having a hard time, then seek help from a doctor, counselor, or addiction specialist.

We recommend that you do this as early as possible since you’ll never know if you’re already developing an alcohol use disorder. Likewise, start looking for a credible rehab center that can cater to your needs in recovering from alcoholism or binge drinking.