When opioid prescription painkillers started to be used for patients suffering from chronic pain, multiple incidents of overdose and deaths related to opioid medications also came to surge. This is because opioid drugs are also known for their addictive potential, making them too vulnerable to be misused and abused.

Hydrocodone, a semi-opioid prescribed drug, is reported to have been prescribed to 120 million people in the United States in the year 2014. This is a strong indication that the substance is used beyond its medical purpose. Currently, this prescribed drug is classified as a Substance II controlled drug by the Drug Enforcement Administration (DEA).

Hydrocodone is a Controlled Drug 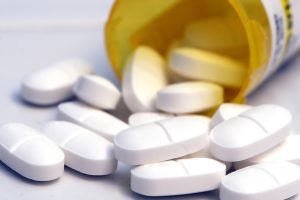 The substance was initially approved by Congress as a Substance III controlled drug given that each formulation is limited to a maximum of 300mg per 100ml or not beyond 15mg per dosage unit. This means that restrictions towards its use are not as strict as those classified in Substance I and II. It remained like this for about three decades.

However, as time began to progress, the production of the substance increased at an alarming rate, specifically making it earn more than $1 billion in generic drug sales in 2013. On top of that, the substance caused numerous reported cases of emergency department admissions in hospitals, whose number doubled and tripled each year.

In 2010, there were more than 16,000 deaths caused by an overdose of opioid drugs, and hydrocodone is one of the three known formulations significantly used. With all these statistics, the dangerous potential of this substance was reconsidered and is now classified as a Substance II controlled drug. 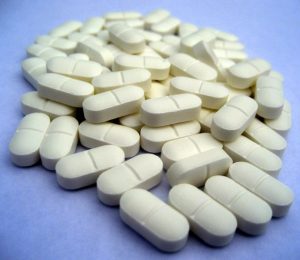 Hydrocodone is a Substance II controlled drug that means three things. First, it can be medically used for the treatment of patients. Second, it can only be bought or used with a prescription. And third, it has a highly addictive potential that can lead to physical and psychological dependence.

In the same state, being caught in possession of at least 14g of the substance is a first degree felony. This can be considered trafficking and the charges are serious. Incarceration of up to 25 years and a fine of up to $750,000 is doomed to anyone found guilty. Driving privileges, as well as professional licenses, are also at stake.

Charges of illegal possession of this substance depend on state and federal laws. A person’s criminal history is also a factor to look into. Primary penalties for such offenses are fines and imprisonment. There are also other arrangements available in replacement of incarceration. The following are the considerable arrangements:

This sentence can be on top of the primary penalties as well as rehabilitation. A person is required to submit themselves to a probation officer and be monitored in compliance with specific terms addressed by the court. Failure to do so will revoke probation and deem the offender to imprisonment.

Diversion programs include counseling and behavior modification therapies which must be completed by the offender for at least six months. Upon compliance, drug charges can be dropped, however; non-compliance will automatically put him on illegal possession charges.

Instead of incarceration, the offender is given the chance to enroll in long-term rehabilitation programs which include medically-assisted detox to cater to withdrawal symptoms as well as behavior modification therapies. Again, non-compliance means facing criminal charges created in court.

Getting Caught with Vicodin 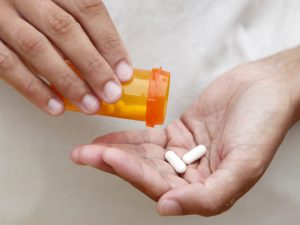 Vicodin is a popular brand name for hydrocodone with acetaminophen. Getting caught with illegal possession of this substance or suspected to be high on this substance is punishable by law.

Vicodin prescription is uniquely designed to prevent illegal possession and distribution of the substance. The pill comes in a bottle labeled with the number of pills prescribed as well as the expiration date of the prescription. The pills must remain in the bottle at all times unless they are legally repacked for the patient’s convenience.

It is important to seek advice from your physician about repackaging your Vicodin pills as well as the necessary precautions in legally carrying this substance on hand since policies vary from one state to another. You can be charged with a felony once the prescription is carried without your name on it or other important details are lacking.

When proven high on the substance, criminal charges will also follow. The presence of the substance can be detected through various tests from blood, saliva, urine, and hair. The substance can last in blood for up to 24 hours, in saliva and urine for up to 4 days, and in hair follicles for up to 90 days.

As a controlled substance, there are a lot of restrictions made to prevent the substance from misuse and abuse. To avoid encounters with criminal charges, consider the following ways:

1.   Discuss prescriptions and restrictions with your physician.

Apart from discussing the right dosage and possible effects of the drug on you while on medication, ask your physician about the regulations of the state in terms of possessing the substance. It is important to always be cautious since you are dealing with a controlled substance. Being caught with certain offenses will risk your name from criminal charges.

2.   Keep your medications in a secure place.

The penalty for sharing your prescription with others is worse than the person charged with illegally possessing it. When others gain access to your drugs without your consent, the liability could still be on you. Keep it in a secure place that can come in handy for you and at the same time, far from those with ulterior motives of using it for themselves.

However, if you’re already suffering from addiction to this opioid, you need to see a doctor or addiction specialist immediately. They will give you a personalized treatment program to slowly overcome it.