Withdrawal is a challenging phase yet medications have been approved by the FDA to attend to this need. The unbearable pain of withdrawal symptoms can be alleviated and suffering does not always have to be extreme. Plus, these prescribed medicines can reduce cravings and prevent occasions of relapse, ensuring an imminent recovery in the long run.

It is always highly recommended to begin detox treatment with the supervision of a physician. The main advantage of this is the safety and effectiveness of the process. The chances of getting trapped into the loop of drug use are very high if done without medical attention since this is the common resort once the symptoms become too difficult to endure.

The following are the medications known to be prescribed to manage the withdrawal symptoms brought by the cessation of using Oxycodone. 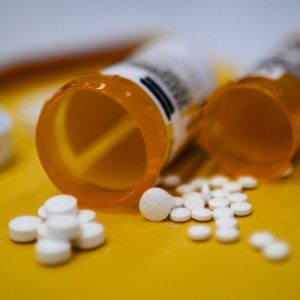 Methadone treatments are usually allowed in qualified clinics only. But so far, this is the most popular choice of care for Oxycodone withdrawal. Methadone is an FDA-approved drug that is highly effective in alleviating withdrawal symptoms as well as reducing intense craving for the substance.

Classified as an opioid receptor agonist, Methadone works by binding with the body’s natural opioid receptors and acts on them more slowly than opioids such as Oxycodone do. This long-acting mechanism allows the body to perceive that Oxycodone is still actively present, and so the brain continues to function without severe withdrawal symptoms.

It also blocks Oxycodone from penetrating the receptors which result in limiting the impact of the drug to the body by specifically preventing episodes of high and reducing cravings for the drug which usually is the cause for relapse. Despite its promising potential for treatment, it also contains certain risks that physicians must account for before prescribing it to patients.

First, Methadone can negatively affect a person’s cardiorespiratory function so if one suffers from heart problems as well as hypertension, this treatment is less recommended to them.

Second, it is still a Substance II controlled drug which means it can be addictive, although, with a guided prescription, addiction can be less likely. 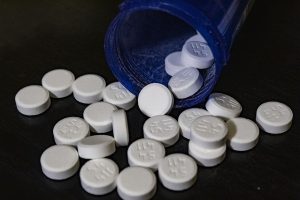 Buprenorphine is another option for treating Oxycodone withdrawal. It is a partial receptor agonist, a substance that works similarly to Methadone, however; it does not fully bind with the body’s opioid receptors, making its strength quite less compared to the impact of Methadone. Despite this, it is still an effective form of treatment that is FDA-approved.

In a study among individuals who used Buprenorphine for opioid management, results show that the substance helps patients experience tolerable withdrawal symptoms and stay on track during treatment. Individuals are also more likely to get through their detox treatment as scheduled.

Suboxone is a known drug that contains a combination of Buprenorphine and Naloxone, an opioid antagonist which functions by reversing the effects of opioids. These two ingredients in one drug make it preferable for detox because it is effective and is less habit-forming than Methadone.

The drug can also be dispensed with the prescription of one’s doctor, unlike Methadone where only qualified treatment centers are approved to prescribe it. This makes an effective detox treatment more accessible to a greater majority. However, there are still certain limitations when it comes to using the drug. 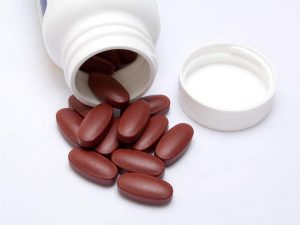 Lucemyra or lofexidine hydrochloride is a recently added medication to the list of opioid treatments. As an adrenergic receptor agonist, it reduces the levels of norepinephrine in the body which results in limiting the withdrawal symptoms that a person can experience during detox.

The most notable thing about this drug is that it is the first non-opioid medicine approved by the FDA to manage opioid withdrawal symptoms. This connotes that the drug is free from any addictive potential compared to Methadone and Buprenorphine. However, it still comes with its own set of limitations.

Lucemyra is only intended to treat acute withdrawal which means that its treatment must not last longer than two weeks and it is definitely not recommended to Treat Opioid Use Disorder (OUD), or any long-term rehabilitation care. Although it reduces the severity of withdrawal symptoms, occasions for cravings can still progress with this kind of treatment.

This medication can be safely prescribed to individuals who have no history of opioid abuse and have only been using Oxycodone specifically as prescribed for pain management. Using this medication may have certain side effects such as hypotension and decreased heart rate, nausea, and the likelihood of overdose since it can highly induce relapse. 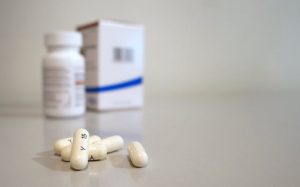 Clonidine works by blocking the chemicals which strain the part of the brain that influences withdrawal. This is the reason why it is effective as off-label use for withdrawal to Oxycodone. While it relieves physical withdrawal symptoms, it also helps one cope with the psychological ones.

Just like Lucemyra, Clonidine is not capable of reducing intense cravings for the drug that is why it is not recommended as a sole medication for individuals who are suffering from OUD.

It can work effectively though once coupled with therapy and counseling. This method can prevent the chances of relapse.

Clonidine does not contain any addictive potential, however; there could be certain side effects that individuals may experience while using this drug. It is best to seek the help of one’s physician as soon as these symptoms occur, especially the serious ones such as allergic reactions, irregular heartbeat, and difficulty in breathing.

Clonidine includes the benefit of less costly yet effective medication for withdrawal to Oxycodone. In fact, most people can attest that the duration of treatment can be shortened as expected, specifically taking only at least a week. Prescriptions just have to be strictly followed at all times to reach sobriety.

Over-the-counter medicines can be taken for withdrawal symptoms such as headache, nausea, diarrhea, and constipation. However, for psychological symptoms, antidepressants can work but they must be given with a prescription. Other serious conditions can be discussed with one’s physician so that interventions can be given right away.